Discover the best compliments for men & compliments to give a guy that make him crave you! Often times when you’re searching for great compliments for your boyfriend or the best ways to compliment a guy, especially if he’s a masculine guy, it can be tough to find the right ones. This article will show you how to talk to men and compliment your man in a way that he really DOES love to draw him in to you even closer. Enjoy! 😊

Contents hide
5. His Strength
4. His Height
3. His Confidence & Competence
2. His Leadership
1. His Problem Solving Abilities
Conclusion

So why would you compliment a guy on his strength or his muscles? Generally, you know he’ll be strong in some ways physically and it’s a great thing to compliment a guy on because on a primitive level it boosts his sense of masculinity and sense of strength. What you want to do is compliment him whenever you take notice; he’s lifted something heavy, he’s holding you, he carries you, or maybe he’s flexing. When you take notice, say something like, “Wow, your arms are really big.” This increases that feminine and masculine polarity.

Obviously, masculinity and femininity are opposites and wherever there are those opposites, you want to acknowledge that, because that’s going to increase the sense of chemistry and passion and polarity. That polarity is the only thing that maintains a high level of passion, chemistry and attraction long term. So you’re amplifying the difference between the two of you. Complimenting him on his beard would have a similar result; it’s going to help create that juice, and acknowledge it on a primitive level – an unconscious level – that you’re physically different.

Now generally, men are taller than women. That’s another physical aspect that can acknowledge that masculine-feminine polarity. If he’s shorter than you, or weaker than you then obviously that may not work but whenever there are those differences, you want to acknowledge it and you want to compliment him on that. If he is shorter than you, instead of focusing on that, find another area to compliment him and reinforce those masculine-feminine differences like his strength, or any of the other traits on this list.

Confidence is a man’s sense of value in himself – It’s related to self-esteem. It means he can value himself, believe in himself, take action, take risks to be bold in the right moments, and genuinely feel good inside of himself. When you notice that sense of confidence in a man that you’re interested in you want to acknowledge it because that compliment can really help him to feel masculine and like he’s a valuable guy and that can boost his confidence even more. It’s a powerful thing to make him feel like that’s okay, and that you reward that, in fact, that’s what he’s looking for –  someone who wants to lift him up, rather than bring him down.

Now competence is related to confidence, but competence is about his abilities. It’s about his sense of mastery in the world, in his career, in his hobbies, in his skills. When you acknowledge that competence in a man it helps to make him feel like you value his masculine attributes – his mastery – and he feels like he can provide value and that you see that value. So when you can, acknowledge that, and he’ll feel manly, and knowing that you see his value and you appreciate those things about him will be very flattering to his sense of masculinity and mastery in the world. So this is a very powerful compliment as well.

So all of these compliments are most powerful when you see them for the first time or in a special circumstance, and the key is to acknowledge it – you want to show that you have taken notice of it.  You can also compliment him about the unique way he’s doing something that shows you that trait in him.

As far as leadership goes, whenever you see him taking initiative, when you see him plan out the date, you know he’s preparing for things, when he is leading others at work in the workplace or in a sport, or if he is guiding a child or your children together, compliment him. When you are acknowledging his sense of leadership, that’s another aspect of masculinity.

As you can see with a lot of these compliments, the most powerful ones are going to be the ones acknowledging an aspect of his masculinity and a part of that polarity. You’re helping him to be in his masculinity, by acknowledging when he does take that initiative. When you notice that say something like, “Oh it’s so sexy when you take initiative,” or “I love it when you’re taking the lead,” or “you’re such a great leader, and you make great decisions. I love when you plan things out because you always choose the best places. You always choose the best restaurants.” Those kinds of compliments go a long way because it’s acknowledging that sense of leadership inside of him and you’re encouraging all the things you’re complimenting him on. You always acknowledge, praise and reward what you want to see more of, so these compliments go a long way towards doing that.

Now, most men pride themselves on their ability to solve problems. Whether that’s fixing the door, fixing the car, fixing the computer, managing conflicts, solving problems at work, solving problems in the relationship, solving problems in the world. So that’s another aspect of masculinity is this ability to solve problems. Some women get annoyed when men get too much into problem-solving, rather than just listening and hearing you out and connecting, but that’s great, that means he’s also a masculine man. That means he’s different than you. You might want to connect and just be heard, he wants to solve the problem. That’s okay, you can acknowledge that, as long as he knows that the best way for him to solve the problem is to just listen to you and connect.

A powerful way to encourage that is by acknowledging that he is doing good whenever he has solved the problem. Say something like, “You did such a great job,” or “Wow, I’m impressed,” or “You are so great at solving these tech issues,” or “Wow you did such a great job fixing my car,” “Wow, you’re such a great problem solver.” that’s a great compliment that makes him feel capable and valuable. It may encourage him to feel like he wants to be even more valuable in the workplace, in the world, and he wants to do that for you. He wants to be your hero, make your life function better, make things easier for you, he wants you to be as happy as possible. It makes him feel good when he knows he can provide that for you, and that you see value in that because you acknowledge it. That’s all happening unconsciously when you give him these compliments, it’s a very, very powerful complement to add.

So those are the five compliments, I hope this was valuable for you. Again, you can comment down below, I’d love to hear your thoughts and you can also subscribe down below to get more powerful articles. We have our free quiz which you can take by clicking the button down below and check out our free course playlist. 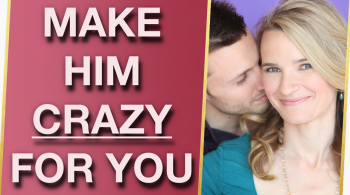