Contents hide
5. He Goes Out Of His Way To Make You Happy
4. He Wants To Know How You Are Feeling
3. He Talks Well About You With Other People
2. He Respects Your Boundaries
1. He Is Vulnerable With You
Conclusion

In this article, you will learn the five things a man will only do if he loves you authentically.

Hi, I’m Antia Boyd, founder and creator of the Magnetize Your Man Method, make sure you stay till the very end to get some bonus gifts, just for you.

5. He Goes Out Of His Way To Make You Happy

4. He Wants To Know How You Are Feeling

Well, if we experience pleasure, what do we want to do? We move further into it. Have you ever kissed someone and you felt wow, you moved so far into it, the minutes started going faster and faster? Versus moving out and time becomes slow like molasses. We always say, when we want to spend time with someone we love, time just flies. So that same concept applies here. The man is leaning in. He wants to just know everything there is to know about you. He wants to have the experience, the complexity of you, the depth of you. He doesn’t want to miss anything. If he does that, he loves you authentically.

3. He Talks Well About You With Other People

Action number three, he talks highly about you with other people; he, in a way, is showing you off. He defends you because he is really in love with you. He is your teammate and your biggest cheerleader. Now, this is important because you understand so much more about what relationship you truly have with your partner when you see how he talks about you when you’re not with him. So it’s something to be extremely mindful of because often we find out, “Oh, he didn’t talk all that well about me”, or, “He made fun of me”, or, “He was condescending.”

Instead, the opposite will be true when he loves you authentically. He speaks to you as, what is basically his future wife. You are one item. You’re the extension of him. Not of course, in an unhealthy codependent way because I can already see some of your heads shaking but in an authentic way. Like he wants everyone to know about you because he thinks you’re the best thing since sliced bread. Also, the reason why he talks so well about you is that he wants to magnify his experience. He can only experience so much love for you inside of himself. So what does he want? He wants his friends to experience just as much love magnified inside of themselves so that he feels it, even more, that juicy and amazing feeling in his own body. In his own life. So this is why he wants to share all of you with all of his friends and his family.

2. He Respects Your Boundaries

Action number two is he respects your boundaries. So many times women have come to me and they’re so afraid. They say, “Oh my gosh, if I set boundaries, if I say no, if I rock the boat, he will walk.” Now let me tell you one thing, I set a lot of boundaries with my husband and so have many of my amazing women. As a matter of fact, one story comes to mind right now of a woman that I’ve worked with, and she created so much magnetism and attraction by setting boundaries. He really said, “You’re my queen.” So when she set boundaries, he was “Wow, I want to treat you like a queen”. But you have to know that you are one, and guess what? By setting boundaries, you know that you are one. So he respects that.

Now, the other reason why he does that is that he’s connected with you on all levels. He’s connected with you on a mental level, on an emotional level, on a spiritual, energetic level, as well as on a physical level. Now you may have met men in the past that you were connected with maybe just on a physical level, on a sexual level, so maybe there was not so much respect for the boundaries. They didn’t see all of you. But your partner, the man who loves you authentically really sees all of you – he does respect your boundaries. You are his queen, he is your king. There’s this respect, and then there’s also that connection. He likes you and there’s this incredible amount of confidence in the relationship that creates the safety to set boundaries, but then also respects and accepts the boundaries as well, because remember, at the end of the day, he wants to make you happy. So how does he do that? Well, respecting boundaries is a really good first step.

1. He Is Vulnerable With You

And finally, action number one is he is vulnerable with you. Have you ever met a man who truly shares his heart with you? What he’s afraid of or what created shame in his past when he was a little boy, or what secretly is traumatizing or terrifying him. As well as, of course, the vulnerable emotions of love, how much affection he feels for you, how much he loves you, how much he cares for you, and so on. Being emotionally, fully available and fully expressed. That’s when you know you have a man who authentically loves you.

For instance, my husband and I did a shadow ceremony the night before our wedding. Now, what is a shadow ceremony, you ask? Well, we shared the deepest, darkest secrets. His was his fear to be trapped as soon as he gets married, and mine was the fear to not be good enough because that was, of course, one of my core messages from my childhood. Now, if you could imagine us sharing that, particularly him, he opened up real possibilities in our marriage, as well as in our relationship, in our friendship, in our business partnership and all of the different levels that our relationship entails. Now, why is that? Well, because there is no hiding. You can be all of who you are and all you receive is more acceptance, all you receive is more compassion, all you receive is more curiosity, more opening, more growth, more evolution. If he is vulnerable with you, you know that he authentically loves you.

Now to my three special bonus gifts that I promised you in the beginning. So gift number one is my bonus course playlist on how to attract an emotionally available man who’s also high quality and an incredible communicator into your life. Gift number two is subscribing to my YouTube channel and as well for more upcoming videos and articles. Gift number three is my free Magnetize Your Man quiz where you get a personalized strategy that helps you in your dating life and helps to attract that right man for you. So just click that button below or go to magnetizeyourman.com.

What Does A Man Want In A Woman? 5 Things Quality Guys Crave 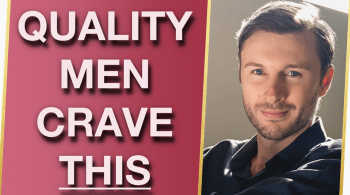 What Does A Man Want In A Woman? 5 Things Quality Guys Crave 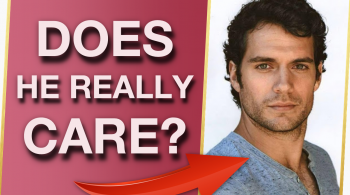 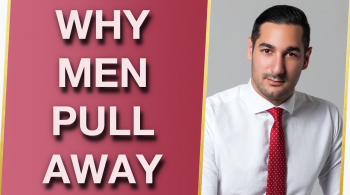