Yes, this is actually pretty straightforward. You’ll actually notice when he starts making fun of you, when he’s like giving you short handed change, so to say. And there is not like appreciation or uplifting you, but rather diminishing. Like your value, diminishing your personality, diminishing who you are and just really looking out for that.

I actually experienced that one time when I dated a guy and he just loved to put me down, especially in front of his friends. And then later on he would say, “Oh, no, no, no, “I was just kidding.” So it starts with that, with that abuse. This is really emotional abuse. It’s disrespect, especially if it’s in front of other people and it’s time for you to set that boundary with him.

2. Framing Themselves As Superior

Now, this I actually witnessed with my own parents where they were always making sure to put the other person down so they feel superior. So there’s this comparison that’s getting in the way there as well and in general, just putting others down, belittling them as well. And basically saying, look at me, look how great I am and look at you and how bad you are.

So this is actually something that you can easily see in the other person. So just in general like I’m annoyed by you. Like I’m you don’t have anything important to say. It’s sort of like that energy about  oh, my God, really. Like oh, my God, like not taking you seriously at all. And just invalidating you tremendously, devaluing you and not only that, but it’s almost like a little bit of like this condescension that goes with that eye rolling.

And of course it’s like actually a lack of expression, like really authentic expression, but instead it’s just sort of like this ironic energy. It’s this distorted energy. It’s  oh, my God, really. Seriously, right now? And this is of course a defense mechanism from the other person, but nevermind, like you’ll still see it as you experience it eye rolling and not taking you seriously. If you’d like to learn more about this I’d highly recommend taking our free quiz to get your custom gifts & support now using the special button below!

So like you could say whatever you want and he’ll just walk away, but he’ll sort of brush it off and say, “Oh, whatever you say, who cares anyways?” And there’s this punishment, this withdrawal, you don’t get any attention at all. If this happens to you, also see like where did you experience that in your childhood? Where did you observe that with your parents?

This is a very toxic way of communicating and relating to each other. So where were your parents showing up like that flat out ignoring? Which is of course the highest level of disrespect and flat out mean and cruel to simply walk away, because it’s basically saying, to me, you don’t even exist. Like you’re not even there, like you’re not even breathing, like you don’t even have any needs. You don’t have the right to say anything. You don’t matter.

So that’s the energy that partner is sending. That’s what you start receiving, or when you are ignoring the other person, that’s the signals that you are sending to the other person. So really the worst signal you could receive. Instead, you really want to see, okay, what is really going on in your relationship that there is so much toxicity happening. Like what is going on?

Oh, my goodness, so an example of this would be when you have a certain accent and your partner just mimics that accent, but does it in a condescending way. Or maybe you tend to be joyful and happy and excited and they mimic you, they’re like , isn’t that so cute? And it’s stabbing, that stab in the heart. Or maybe you cry. You have an emotional expression, the mimicking of that could be “aw, you’re so sad right now.”

Like just really going into the cycle of mimicking, but actually not in an authentic mirroring way, but actually with the intention to really, really diminish your self-esteem, your worthiness, your self-expression. A lot of times also narcissists do that as well. Just really belittling like your, invalidating your emotions. So definitely watch out for that.

The important thing here would be really setting boundaries and being really clear that it’s absolutely unacceptable to be mimicked in any way, shape, or form. Why is that contempt there? Why is that hostility there? Like what is not being communicated? Because that is really toxic. If you want more support with this I’d highly recommend joining our FREE Facebook Dating Support group now using the special link below!

If you’d like to get more support with this to help you to attract him closer to you and have an INCREDIBLE relationship I’d highly recommend taking our FREE quiz to get your custom gifts and support now by using the special button below!

« Previous Post How To Stay Strong When Ending A Relationship (5 Secrets!) Next Post » 5 Symptoms Of Narcissism & Narcissistic Personality Disorder (How To Know For Sure!) 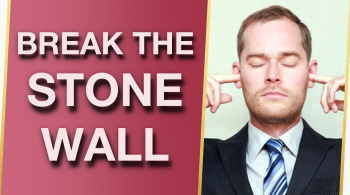 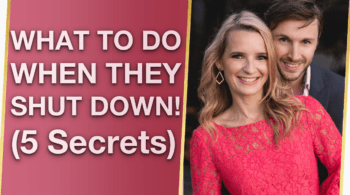 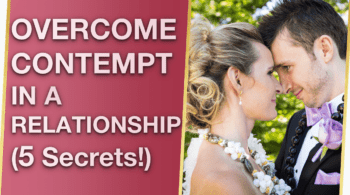 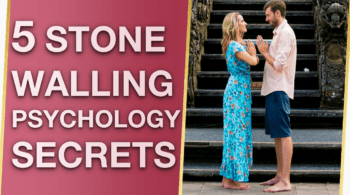